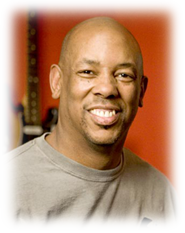 I met with Johnnie and Frances Johnson. I asked Johnnie about some of the people I should interview and he started name dropping like only Johnnie Johnson can: Keith Richards, Bonnie Raitt, Buddy Guy. Make sure you interview Eric Clapton and Taylor Hackford. Don’t forget Bob Weir. But Johnnie said it so matter-of-factly, like ‘doesn’t everybody play with Clapton and Richards?’ I was instantly hooked. That meeting was two years before Johnnie died at the age of 80. Johnnie and Frances quickly became friends and I got to hear first hand what it was like to be on the short list of people who created rock and roll. 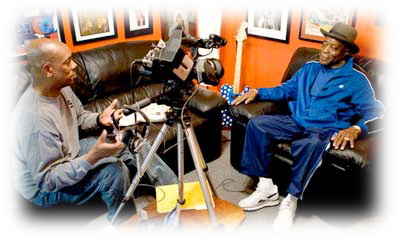 Humble superstars are rare gems. Johnnie had to be coaxed and prodded to talk about his accomplishments. Letting his magic, musical hands do the talking, Johnnie was without ego. Imagine that: a man who played with Eric Clapton, John Lee Hooker, Bo Diddley, Chuck Berry, Keith Richards, Buddy Guy, Robert Cray, Albert Collins, and Aerosmith, had zero interest in trying to convince you he was great. More surprisingly, Johnnie was not bitter, although he had every right to be. Deserving of widespread fame, it never happened for Johnnie, the same way many worthy performers never achieve fame or fortune. This documentary is a reminder of what Johnnie Johnson contributed to popular music: the sound of rock and roll piano.

Filmmaking aside, as a music fan, for me this has been like rock and roll fantasy camp. Every interview has a story behind it. Keith Richards required the most patience, four years from the time he said yes to the day I was summoned to the iconic Electric Lady Studios in Greenwich Village for a thirty minute interview. The night before I interviewed Richards, I spoke to Hubert Sumlin. Not only was Sumlin Howlin’ Wolf’s guitarist back in the day, he recorded with Chuck Berry and Johnnie Johnson at a 1957 recording session at Chess Records; he was in the room with Chuck and Johnnie when they made magic! Movie director Taylor Hackford invited me to his house to reflect on Johnnie and how Hackford’s movie HAIL! HAIL! ROCK ‘N’ ROLL changed Johnnie’s life. Then one of Hollywood’s top directors asked me for a JOHNNIE BE GOOD t-shirt. A grade school friend of Michael McDonald called me and said he knew McDonald was a fan of Johnnie Johnson; would I like him to call McDonald for me? The night after the interview, McDonald was wearing a JOHNNIE BE GOOD t-shirt on stage when he opened for Steely Dan.

I met Eric Clapton twice, once by accident right after I had interviewed his drummer Steve Jordan. That’s when Clapton agreed to sit down for an interview once his tour ended. During the forty-five minute interview, I learned Clapton didn’t realize that Johnnie suffered a life-threatening brain hemorrhage when Clapton invited him to London to perform at Royal Albert Hall. He heard the story from me for the first time. Clapton flipped the script and started asking me questions during the interview about Johnnie’s bloody nose that turned out to be much worse. The best story without question involves John Sebastian. In 2000, shortly after his induction into the Rock and Roll Hall of Fame as a member of the Lovin’ Spoonful, Sebastian shipped his hall of fame statue to Johnnie’s house in St. Louis because Johnnie wasn’t yet in the hall of fame. During the interview, as he held the trophy and retold the story, Sebastian pulled out the original note: “To Johnnie Johnson, hero to all hall of fame inductees. We remember what you did. We’ll never forget.” The hair stood up on my arm as Sebastian explained his ultimate gesture of respect.

Twenty-seven road trips later, I’m on the verge of reaching my goal: making a film that’s a worthy companion to HAIL! HAIL! ROCK ‘N’ ROLL; a film that explains why music fans should know about Johnnie Johnson. People always ask me why I make films. There are so many fascinating stories waiting to be told, whether it’s someone who helped create music that changed the world, or a young man struggling to regain his sanity and forgive himself after committing a horrible crime against his parents. Each documentary is a fantastic journey. The journey be good…

Why did you decide to produce a film about Johnnie Johnson?

How did you get so many music stars to do interviews?

What was your biggest challenge?

Why isn’t Johnnie more well known by the public?

How will you portray the controversy over whether Johnnie should have received writing credit on some of Chuck Berry’s songs?

Why haven’t you interviewed Chuck Berry?

Why was HAIL! HAIL! ROCK ‘N’ ROLL so important to Johnnie Johnson?