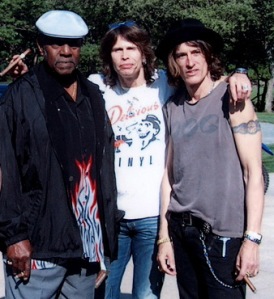 The Cardinals are doing better than expected and I love it!

Even though I haven’t written any blogs for awhile, I have been making progress, raisinig money, collecting cool new photographs, working on a new trailer, setting up interviews with powerfull people, and writing my script. So, here’s the latest:

In several weeks I’ll be in Washington DC to interview Rep. John Conyers, longtime member of Congress, one of the founders of the Congressional Black Caucus, and Chairman of the House Judiciary Committee. In September 1999 in front of Congress, Conyers made a well-researched speech honoring Johnnie Johnson. He later nominated Johnnie’s biography for a Pulitzer. It’s fair to say Conyers is a music fan and I hope he has a great story about his interest in and support of Johnnie. I also pray that C-Span recorded Conyers speech so I can use it in “Johnnie Be Good”.Later this summer look for a new documentary trailer on the website.Still working on the first draft of my script. Right now I’m writing a section about Johnnie’s experiences in the Marine Corps, including several recent interviews I did with several members of the Montford Point Marines. These men, along with Johnnie, were among the first black soldiers to integrate the Marines Corps during WWII. Montford Point was the segregated bootcamp for black Marines.I continue to raise completion funds. Thanks to music fan Charley Taylor for hosting a recent fundraiser at his home. With the help of the Higher Education Channel I recently applied for a grant from The Chrysler Foundation. A woman in Washington who helped me get the interview with Rep. Conyers took an interest in the documentary, talked about it with the head of the Chrysler Foundation, and I was asked to submit a grant proposal.Recently received a number of photos of Johnnie Johnson with Aerosmith for use in the documentary. A few years ago, Joe Perry saw that Johnnie was performing in Boston and had his manager track down Johnnie and invite him to his house to hang out and possibly record some tracks. The photos show Johnnie, Joe Perry, Steven Tyler, and other band members. The Aerosmith cd “Honkin’ on Bobo” contains several tracks with Johnnie providing piano licks. Thanks to John Bionelli, road manager for Aerosmith for making those photos magically appear in my email inbox.And I’m still on the trail of my Keith Richards interview. Maybe July. I’ll keep you posted on that and more…as the journey continues.Art HollidayDirector, JOHNNIE BE GOOD